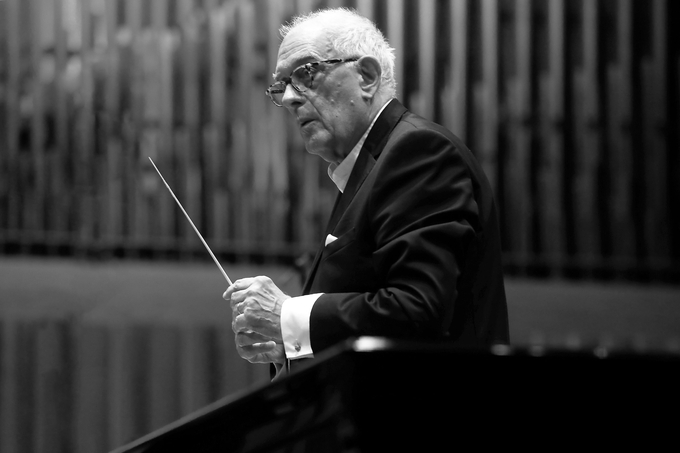 Conductor Nikša Bareza has died at 85.
Born on March 31, 1936 in Split, he studied classical grammar and piano. He then went on to study conducting at the Zagreb Academy of Music and in Salzburg he came under the tutelage of professors Hermann Scherchen and Milan Sachs. From there he undertook work as an assistant and conduct of the Zagreb Opera and the Zürich Opera.
His talent was known and applauded in other European cities such as Nuremberg, Leningrad, Moscow, Riga, Minsk, Vienna, Paris, Athens, Bordeaux, Geneva, Turin, and Venice, among others. He was also a mainstay at festivals in Athens, Vienna, Bordeaux, Bergamo, Graz, Dubrovnik, and Split, among others.
The prizes that were awarded to him, also of great importance, increased his national and international recognition and some of them were: Johann Fux prize, City of Graz prize for his work with the Philharmonic and the Opera and in Croatia he was exalted with most major awards, for his musical activity including  the Vladimir Nazor Award, Milka Trnina Award, Judita Award, Josip Stolcer Slavenski Award, and the prestigious Porin, among many others.