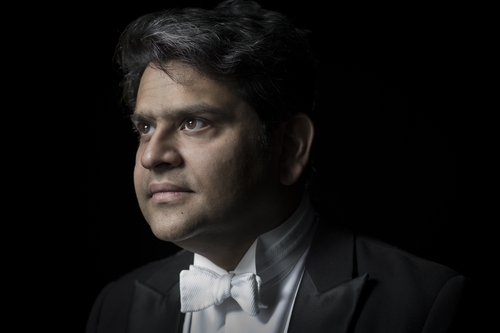 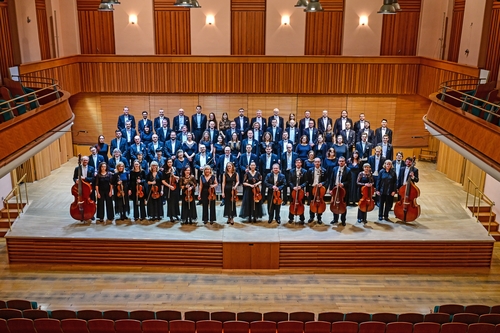 The Moravian Philharmonic Orchestra is one of the foremost and oldest symphony orchestras in the Czech Republic. It is based in the historical capital of Moravia, the city of Olomouc, and has been a leader of music activities in the region for the past 70 years. Its artistic development was directly influenced by distinguished figures from the Czech and international music scene. Namely, they include conductors like Otto Klemperer and Václav Neumann, violinists Josef Suk and Gidon Kremer, or violoncellist Pierre Fournier.
During the course of its long history, The Moravian Philharmonic Orchestra has put together an exceptionally broad, rich and varied repertoire. Its focus is mostly on the grand figures of classical music of the 19th and 20th century. Nonetheless, it also seeks to promote contemporary Czech and worldwide musical compositions, as evidenced by the fact that the Orchestra has performed over 250 new compositions. Moreover, the Orchestra is an authentic performer of Czech classics such as Antonín Dvořák, Bedřich Smetana, Leoš Janáček, and Bohuslav Martinů.
The Moravian Philharmonic Orchestra takes pride in having a rich discography under its belt and performing at renowned international festivals both in the Czech Republic and abroad. However, first and foremost, it is a cultural institution and a major contributor to the organization of artistic life in the region of Olomouc. It holds The Dvořák Olomouc Festival and the International Organ Festival and also organizes a number of educational activities for children and young people.
Musical excellence with a unique perspective from an unusual background, powered by a deep and expressive positive energy.
Born in 1975 in Calcutta, India, Debashish Chaudhuri was the first Indian to study at the Prague Conservatory and the Chigiana Academy of Music in Siena, Italy with Gianluigi Gelmetti whose mentors included Sergiu Celibidache, Franco Ferrara and Hans Swarovsky. Chaudhuri is the only Indian to have studied at the academy since Zubin Mehta. He won the Conducting Competition of Lausanne, Switzerland in 2004 and a year later was the first Indian ever among the finalists of the prestigious Besancon Conducting Competition, remaining professionally active in Central Europe ever since. He has worked with several leading European orchestras such as BBC Wales, the PKF Prague Philharmonia, Moravian Philharmonic, Brno Philharmonic, Czech Chamber Orchestra Pardubice, Plzen Philharmonic, Karlovy Vary Symphony, Hradec Kralove Philharmonic, Martinu Czech Philharmonic, State Philharmonic Zilina and others.
Chaudhuri serves on the governing body of the Antonin Dvorak Music Festival as well as The International Talentinum Festival. He took the Martinu Czech Philharmonic on tours of India as the first Czech orchestra in India after 57 years! These tours were in 2016 and 2018.
In 2021, he was awarded the prestigious Pravasi Bharati Samman from the President of India for his contribution and achievements in music. Shortly after he was also awarded the Czech National Medal of Merit from the Ministry of Foreign Affairs of the Czech Republic for his contribution to diplomacy.
A symphonic conductor with a very original blend, depth and temperament and an enormous scale of repertoire that makes his presence on the podium distinctive. Besides the regular repertoire, he is passionately fond of rediscovering forgotten works and over the years has developed a well known reputation for premiering landmark new interpretations with several orchestras including a wide range of works inspired by India and Asia. His concerts commemorating the 150thbirth anniversaries of Rabindranath Tagore as well as Mahatma Gandhi subsequently received widespread critical acclaim. In 2021 his newly released CD containing the world premier of a lost and forgotten work, Liebeslieder von Rabindranath Thakur, composed by Czech composer J. B. Foerster in 1915 was noticed by the BBC London's prestigious record reviews to rave reviews and hailed as “a real discovery”.
In 2021 another CD was released by Chaudhuri recorded at the BBC containing another series of premieres of the now nearly forgotten works of John Mayer, the legendary composer from Calcutta, who in the early 1950s became the first ever non European violinist at a major professional English symphony orchestra. Mayer was a student of Mehli Mehta as well, who was Zubin Mehta's father.
In 2006 Chaudhuri started a series of charity concerts for the International Day of the Visually Impaired under the Lions Club, which is now in its 16th year. Maestro Chaudhuri also supports a variety of other charitable organisations and even personally sponsors an Indian student each year to study higher music in the Czech Republic for a limited duration.
He is married to Czech pianist Jana Chaudhuri and his parents still live in Calcutta, India while his brother is an acclaimed Fine arts painter in Denver, Colorado. 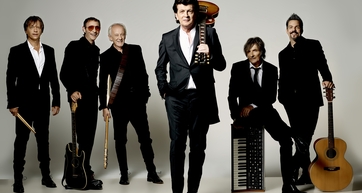 BAJAGA & INSTRUKTORI CONCERT FOR THE ROCK GROUP, ORCHESTRA AND CHOIR