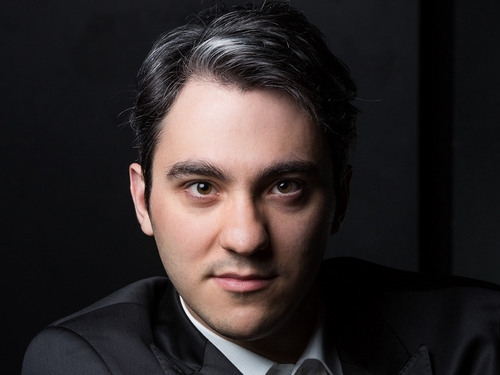 LIECHTENSTEIN SYMPHONY ORCHESTRA
DAWID RUNTZ, conductor
ALEXANDER GADJIEV, piano
Programme:
Karol Szymanowski: Concert Overture, Op.  12
Josef Gabriel Rheinberger: Piano Concerto in A-flat major, Op. 94
Gustav Mahler: Symphony No. 1 in D major, Titan
Heartily - HEART HEART HEART
The Liechtenstein Symphony Orchestra, which has its roots in the chamber orchestra of the same name founded in 1988, has developed into an orchestra of European rank in the past ten years! By involving top soloists from around the world and in collaboration with renowned conductors such as Frank Dupree, Lawrence Foster, Wayne Marshall or Kevin Griffiths, the Orchestra has raised the art of making music together to an enviably high artistic level. In its history, it has also collaborated with a number of world-famous soloists, such as Rolando Villazón, Sabine Meyer, Arabella Steinbacher or pianist Lang Lang, to name a few! Young Polish conductor Dawid Runtz, a rising star of Europe’s music scene, has already become a favourite of the Zagreb audience as the chief conductor of the Zagreb Philharmonic. Runtz has also been the chief conductor of the Polish Royal Opera since 2016. However, unimagined perspectives have opened up for him in recent years and he has received calls for collaboration with important European and world orchestras. He is endowed with an impeccable elegant conducting technique and extensive knowledge that allows him to penetrate deep into the core of the most complex scores and deliver impressive and unforgettable interpretations of anthological works of world classical literature, but also of challenging works by contemporary composers. The Slovenian-Russian-Italian pianist Alexander Gadjiev will be the true revelation of the evening for all those who have not yet heard of him! He attracted the attention of the international music public with his appearance at the 18th Chopin Competition in Warsaw in 2021, winning the prestigious Krystian Zimerman Prize for the best performance of a sonata. He is highly praised for his pianism. Alexander is the son of a Russian piano virtuoso, who was also his teacher. Italian critic Mario Messini recognizes in him "a superior technique, control and zeal that evokes pomp and irresistibly recalls the unique interpretations of the greatest artists of Soviet pianism.” When Gadjiev won the Hamamatsu International Piano Competition in Japan, Sergei Babayan commented that "Alexander has a rare ability to hypnotize the audience with his piano skills characterized by true elegance and passion", while the competition jury's explanation read that “with the originality of his interpretation, based on tradition, Gadjiev penetrates the realms of music deep beyond the known boundaries of pianism”. 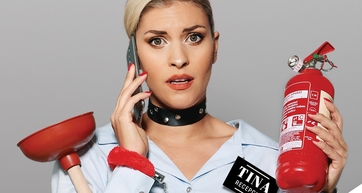