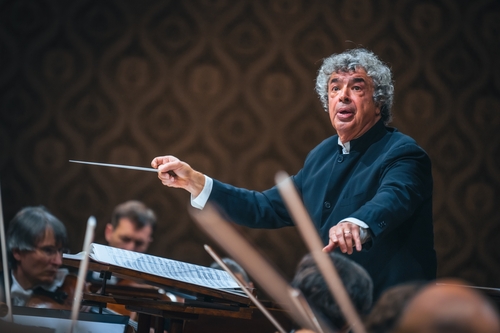 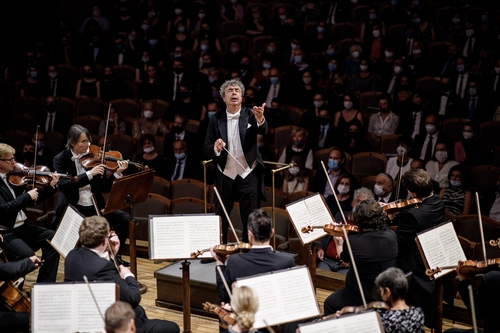 CZECH PHILHARMONIC
SEMYON BYCHKOV, conductor
SEONG JIN-CHO, piano
Programme:
Béla Bartók: Suite from the ballet The Miraculous Mandarin, Op. 19
Thierry Escaich: Concerto for Piano and Orchestra
Igor Stravinsky: Suite from the Petrushka ballet (1946 version)
Dancing Concert
Prague, one of the world’s most beautiful cities, is also one of the musical centres with an amazing musical tradition and home to the world-famous orchestra - the Czech Philharmonic! It was in 1869 that no less than the great Czech composer Antonín Dvořák conducted the first, historic concert of this orchestra, which very quickly became one of the best orchestras in Europe and the world! This great ensemble of great soloists gained world fame by performing works by Czech genius composers: Smetana, Janáček and Martinů. It is a charming and fun fact that their performance of Smetana's legendary My Homeland cycle under the famous conductor Václav Talich in 1925 was also the first live music broadcast on Czech radio! The Czech Philharmonic was conducted by some of the greatest conductors of the era: Rafael Kubelík, Václav Neumann, Karel Ančerl, Vladimir Ashkenazy, Eliahu Inbal and Jiří Bělohlávek, who conducted this orchestra in the Saturday at Lisinski cycle in 2016. According to a poll by the famous French magazine Le Monde de la musique, the Czech Philharmonic ranks among Europe’s ten best orchestras, while the British magazine Grammophone ranked it among the top twenty in the world! The chief conductor of the Czech Philharmonic, the outstanding Semyon Bychkov, comes from the Leningrad Conducting School of the famous Ilya Musin. Bychkov's rise to stellar heights as a conductor started after winning the famous Sergei Rachmaninoff International Conducting Competition, after which he emigrated from the former Soviet Union to the United States. His rise to the top of the conducting world was rapid: after taking over the position of chief conductor of the St. Petersburg Philharmonic, he also became chief conductor of the Dresden Semperopera and the West German Radio Orchestra (WDR Orchester), and the Czech Philharmonic in 2018. To date he has conducted almost all the world’s most important orchestras! Another gem in the crown of this magnificent "royal" concert is the soloist of the evening: Seong Jin-Cho, a Korean pianist, whose world class is already evidenced by the fact that he won first prize at the world’s most famous Frédéric Chopin Piano Competition in Warsaw in 2015! Seong Jin-Cho is also an exclusive artist of the world's most prestigious record company, the German label Deutsche Grammophon. He is well known to the Zagreb audience because he amazed everyone with his masterful interpretation of Chopin's Piano Concerto No. 2 in the Lisinski Gaudeamus cycle in 2017.