The concert will take place at Dom sportova 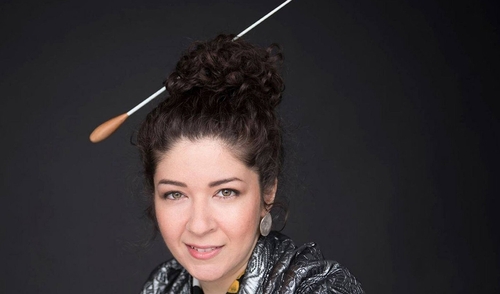 The programme will take place outside Lisinski Hall - at Dom sportova.
31st MUSIC BIENNALE ZAGREB
CROATIAN RADIO AND TELEVISION SYMPHONY ORCHESTRA
YALDA ZAMANI, conductor
PAPANDOPULO QUARTET
In collaboration with the 31st Music Biennale Zagreb, the Croatian Composers' Society and Croatian Radio and Television
Programme:
Ivo Malec: Sigma
Raphael Cendo: Rage in the Heaven City
Tibor Szirovicza: a new piece, commissioned by the 31st Music Biennale Zagreb
Ivo Malec: Breaths
Michelle Agnes Magalhaes: After Spring
Matko Brekalo: a new piece, commissioned by the 31st Music Biennale Zagreb
Since 1961, the Music Biennale Zagreb has been the most active and most important festival of all new music genres held in Croatia. In April of every odd year, Zagreb transforms into a cultural centre that all art and contemporary music lovers of Europe and the rest of the world gravitate toward. The festival programme includes concerts featuring symphony orchestras and chamber ensembles, experimental music theatre and contemporary dance projects, jazz, electronic and alternative music. The Music Biennale Zagreb generates the new, boosts risks and experiments, searches for new presentation forms and new communication channels with festival participants (with both the audience and artist). High music production standards, creativity, “living classics” and emerging talents - all this is the Music Biennale Zagreb. The festival's anniversary edition will present a pluralistic diversity of today's composers and remind us of numerous established composers of the second half of the 20th century and the beginning of the 21st century who have left a memorable mark on the world of contemporary composition in Zagreb and internationally. Thanks to the development of technology and its implementation in creative processes, it will also explore the possibilities of future composing. The focus of the Biennale’s 60th anniversary is remembering 1961, the first festival and its founder Milko Kelemen, which most acts of the Music Biennale Zagreb will be imbued with. The main role in the programme will be played by the remembrance and celebration of the past and the persons connected with it and confronting them with the younger generations – the so-called time contrasts – the opposition between the past and the present. The programmes of individual concerts will be a sort of time travel, mostly from the past into the present or future – from the “safer” sound worlds into the unknown, but sometimes also the other way round, with a view to reviewing the psychological perception of music in the context of surprise. 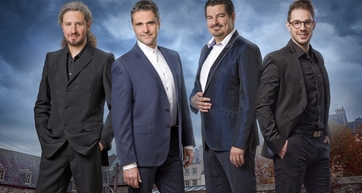 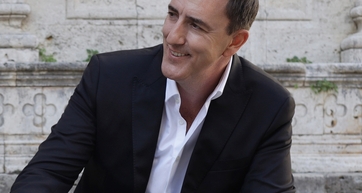