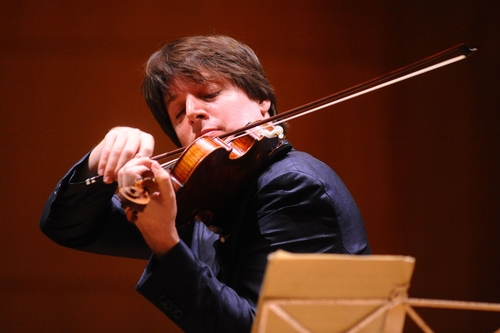 The Academy of St. Martin in the Fields is a world-famous chamber orchestra founded by Sir Neville Marriner in 1958 with a goal to promote primarily baroque music. The ensemble has expanded its repertoire over time to include music from other periods. It has remained one the world’s most highly regarded orchestras. It has one of the most extensive discographies with over 500 releases and a busy international tour schedule. It keeps pushing the boundaries of excellence, performing at prestigious concert venues from New York to Beijing. It reaches a growing audience of all ages and social classes with its directness, openness and ingenuity, which are manifested through a growing number of educational and interactive programmes. In the Side by Side project, they collaborate with members of the Southbank Sinfonia ensemble, young artists, who share their experiences of performing without a conductor based on top-class cooperation. Today, the ensemble's Music Director is Joshua Bell, frequently called the “poet of the violin”, who has also established himself as one of the world's leading conductors. Bell keeps delighting audiences with his virtuosity, which simply leaves one breathless. Passionate, with restless spirit, unique charm and versatile music interests, he has become a classical super star. And an interesting story...

One January Saturday in 2007, he participated in Gene Weingarten's story for the Washington Post playing incognito in a Washington DC metro station.The idea was to test the relationship between art and its context, that is, people’s social perception and priorities. One of the world’s greatest musicians played top classical pieces during rush hour in the city, on a 3.5 million worth 1713 Stradivarius and attracted the greatest interest from a child, whose mother hurried him along, not allowing him to stop!? Weingarten's story won a Pulitzer Prize, but the questions remained whether the man of today is capable of recognizing and enjoying the beauty around himself. Saturday at Lisinski invites you to sit back in the comfortable chairs, forget about your daily worries and enjoy the unique musical delight – the top performance of the Academy of St. Martin in the Fields and Joshua Bell!