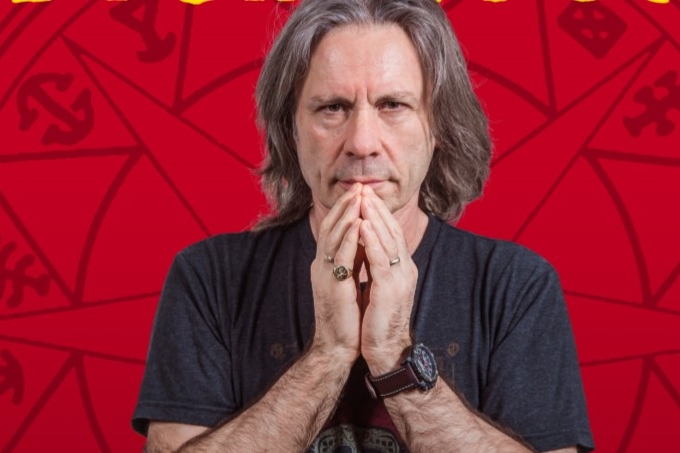 An interactive evening with Bruce Dickinson, who will tell his impressive life story to the audience, is announced for 26 October 2019.
The legendary front man of the band Iron Maiden is preparing a special evening in Croatia’s most prestigious concert hall. “An Evening with Bruce Dickinson” is an interactive show, which supports the recent release of his autobiography “What Does This Button Do?”.
Bruce Dickinson is one of the world's best known musicians with an extremely interesting life story. Besides the fact that has been the front person of Iron Maiden’s spectacular performances for several decades, his life experience conceals many impressive details. A true polymath, Bruce is a pilot, aviation entrepreneur, beer maker, motivational speaker, screenwriter, novelist, best-selling author, radio presenter, TV actor and fencer with an international sports career.
In 2017, he published the autobiography “What Does This Button Do”, which has recently been translated into Croatian. He promoted it at several intimate events with his biggest fans, at which he read excerpts from the book and answered the fans’ questions. This is how “An Evening with Bruce Dickinson” came about, a unique one-man show more resembling a standard stand-up routine. It is a more than two hour-long show, which has been highly acclaimed by many critics.
“There were moments of laughter, moments of raucous applause, and moments when you could have heard a pin drop, as we hung on his every word…a master storyteller. Highly articulate, animated, witty and at times downright hilarious”, Heavymag, Sydney, Australia
“What struck me in his conversation was his ability to ad-lib and move with the audience….it really was an interesting evening…don’t miss it!”, Wall Of Sound, Sydney, Australia
“Wow Bruce, just wow!!  A fantastic storyteller…it was privilege to hear his stories first hand from the man himself!” Silver Tiger Media, Melbourne, Australia
“Bruce Dickinson is a superstar… When you dig deeper, you find that his tremendous sense of humour facilitates the telling of an epic story.  This man has an enormous heart and fighting spirit”, Copenhagen Post, Denmark
“Dickinson is a power of nature on stage” – Turun Sanomat, Finland
The show is divided into two parts. In the first half, Bruce talks about his life in a humorous way, takes a satirical look back at his life's ups and downs. He honestly discloses his story to the audience in his uniquely anarchic style, illustrated with many photographs from his private collection, with a few exclusive details that he deliberately didn't want to disclose in the book. The second half of the evening is devoted to fans, who can openly ask questions and receive direct answers from this great man.
Don’t miss this unique opportunity to witness a somewhat different spectacle in the intimate atmosphere of Lisinski Hall, where true legend Bruce Dickinson will share his life wisdom with the audience on 26 October 2019.